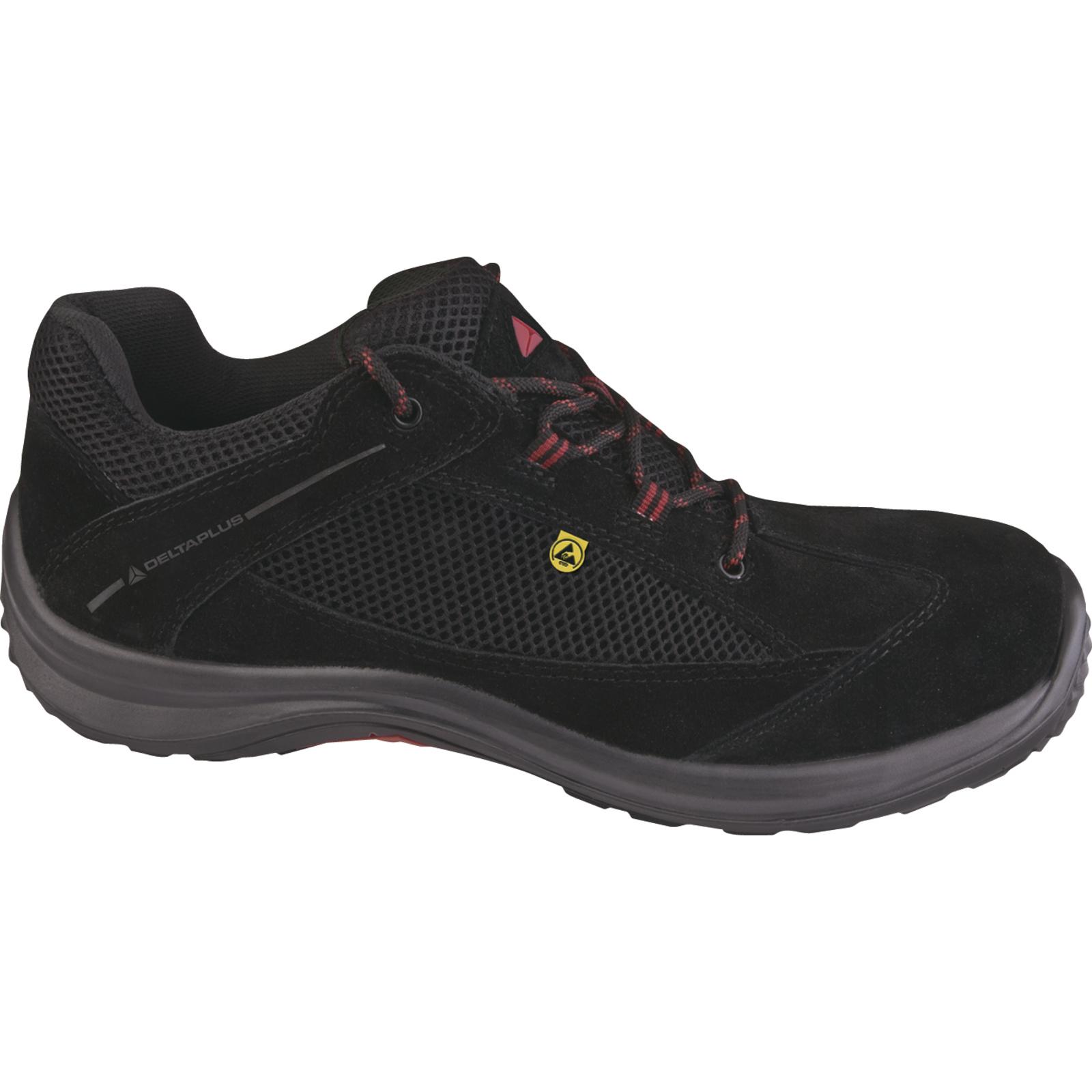 The product complies with the European Directive 89/686, notably regarding ergonomics, innocuousness, comfort and with standards :

RISK OF ELECTROSTATIC DISCHARGE (ESD *)
The static electricity on the operators must be controlled in the following application areas, because it can:
- generate electrostatic sparks that can ignite explosive atmospheres: plastic industry, mining, oil and gas industry, chemical industry ...
- damage sensitive equipment against electric shock: various electronic industries ...
- generate particles that may be deposited on the painting: car industry, house appliances ...
* Electrostatic Discharge

What does the regulation say ?
Areas with potentially explosive atmospheres called ATEX and the protection of workers against the risks of explosion are regulated by 1999/92/EC Directive. The use of (picto ESD), qualified footwear dissipating electrostatic charges, is recommended in these areas as part of a comprehensive system of prevention of explosion risk.
Requirements for the design, implementation of systems controlling electrostatic discharge (ESD) that can damage electronic components are defined by the EN61340-5-1 standard. The device said ESD must offer resistance between 10⁵ Ω and 3.5 10⁷ Ω.To be used in an ESD system, a shoe must at least be qualified according to EN61340-4-3 standard and offer resistance less than 10⁸ Ω and greater than 10⁵ Ω, it is then dissipative.
SAULT2 ESD and VIAGI ESD perform particularly well because they have not only reached a maximum resistance between 10⁵ Ω and 3.5 10⁷ Ω, but these tests were conducted under severe restraints: the climatic environment class number 1 (high drought: 15% humidity rate).
Due to their low resistance level, SAULT2 ESD and VIAGI ESD are a particularly efficient part of global grounding system (gloves, clothing, carpet, seat, etc ...).
Thus, their performances help this system to achieve the level of resistance required for (picto ESD) compliance.

This standard defines the test methods for safety footwear, protective footwear, and occupational shoes. It may be used only in conjunction with standards EN ISO 20345 and EN ISO 20347, which specify the requirements for the shoes as a function of specific levels of risk involved.
In reference to standard EN ISO 20344, this European standard defines the basic and the additional (optional) requirements for safety footwear for the workplace, marked «S». The safety shoe is equipped with safety toe caps designed to withstand a maximum impact of 200 joules and crushing up to 15 kN.
This standard specifies the requirements and tests for electrostatic shoes with specific applications. It describes the test methods used to determine the electrical resistance of shoes used to control the electrostatic potential of the user's workstation.
Product Sheet 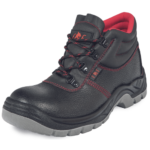 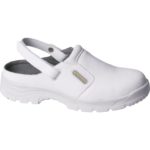 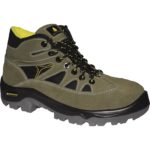 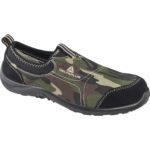 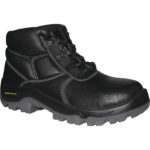 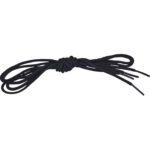 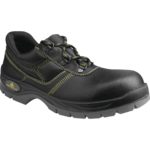 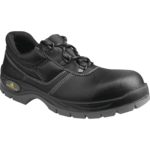